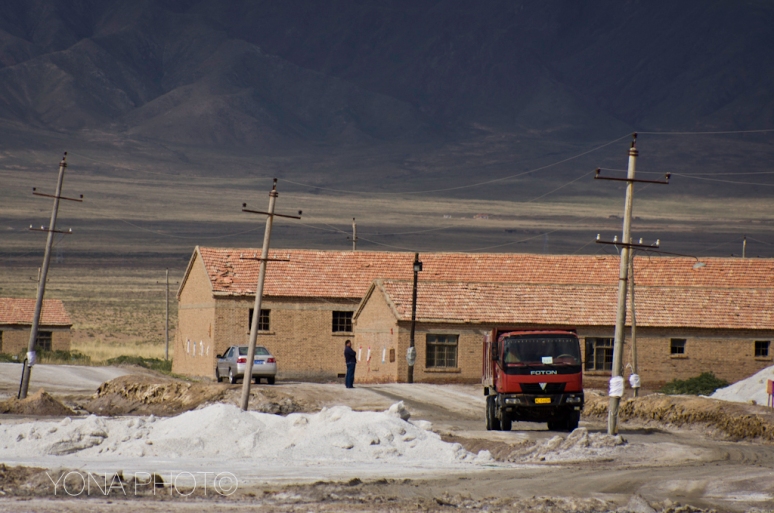 Although there are not much workers, it is a large operation as the salt from this lake is sold throughout China and Asia 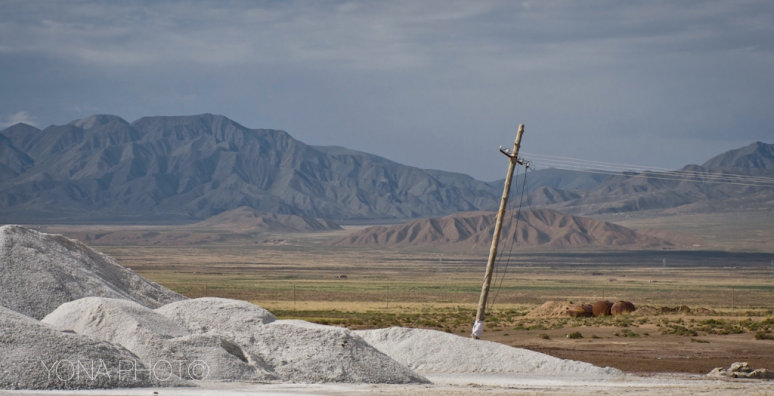 Desolated, high and dry, the Chaka Salt Lake is two-and-a-half hour drive from Qinghai Lake in the north east.

Every summer, the salt lake completely vaporizes and leaves nothing but bright white salt crystals 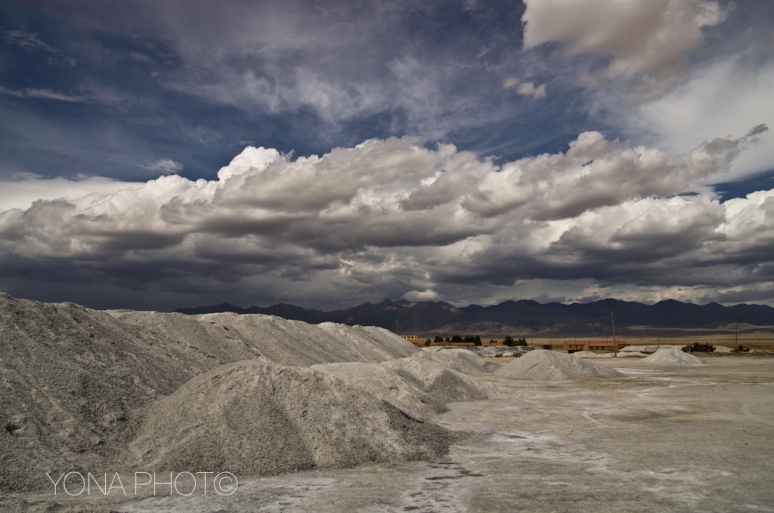 Due to the high altitude, the pressing clouds make a nice roof for this wide landscape

A salt lake or saline lake is a landlocked body of water which has a concentration of salts (mostly sodium chloride) and other dissolved minerals significantly higher than most lakes (often defined as at least three grams of salt per litre). In some cases, salt lakes have a higher concentration of salt than sea water, but such lakes would also be termed hypersaline lakes. An alkalic salt lake that has a high content of carbonate, is sometimes termed a soda lake.

Salt lakes form when the water flowing into the lake, containing salt or minerals, cannot leave because the lake is endorheic (terminal). The water then evaporates, leaving behind any dissolved salts and thus increasing its salinity, making a salt lake an excellent place for salt production. High salinity will also lead to a unique flora and fauna in the lake in question; sometimes, in fact, the result may be an absence or near absence of life near the salt lake.

If the amount of water flowing into a lake is less than the amount evaporated, the lake will eventually disappear and leave a dry lake (also called playa or salt flat).

The images above were taken at the Chaka YanHu, Qinghai Province in China. Originally the Chaka Salt Lake (Chaka yanhu) was part of the ocean in primordial times, and it was formed during the intense crust activity that resulted in the formation of the largest plateau in the world, the Qinghai-Tibet Plateau.

The Chaka (meaning the sea of salt in Mongolian language) Salt Lake covers an area of 105 square kilometers, and it is a typical chloride salt lake. The salt from Chaka is sold in 20 provinces and cities, Hong Kong, and Taiwan, as well as in Japan and Nepal, and the Middle East.