With an average elevation exceeding 4,500 metres (14,800 ft), the Tibetan Plateau is sometimes called “the Roof of the World”

Tibetan Prayer stones can be found scattered along common hiking trails and streams.

The Tibetan Plateau is the world’s highest and largest plateau, with an area of 2.5 million km2 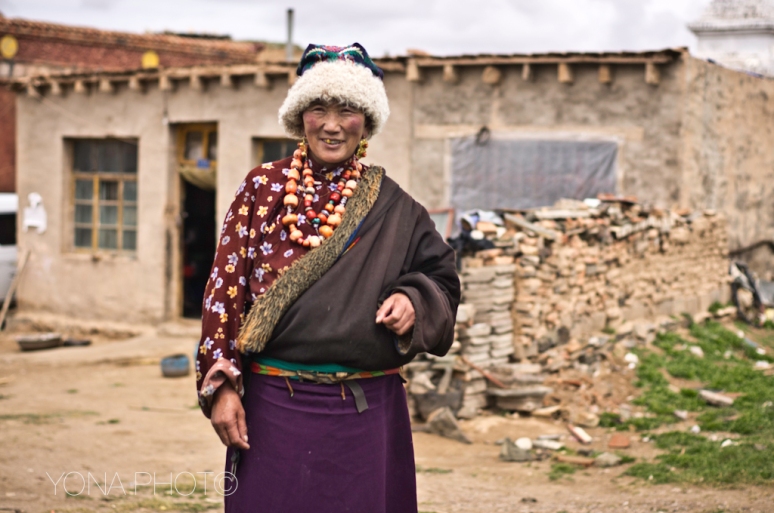 The Tibetan Plateau is surrounded by massive mountain ranges. The plateau is bordered to the south by the Himalayan range, to the north by the Kunlun Range which separates it from the Tarim Basin, and to the northeast by the Qilian Range which separates the plateau from the Hexi Corridor and Gobi Desert. To the east and southeast the plateau gives way to the forested gorge and ridge geography of the mountainous headwaters of the Salween, Mekong, and Yangtze rivers in western Sichuan (the Hengduan Mountains) and southwest Qinghai. In the west the curve of the rugged Karakoram range of northern Kashmir embraces it.

The Tibetan Plateau is bounded on the north by a broad escarpment where the altitude drops from around 5,000 metres (16,000 ft) to 1,500 metres (4,900 ft) in less than 150 kilometres (93 mi). Along the escarpment is a range of mountains. In the west the Kunlun Mountains separate the plateau from the Tarim Basin. About half way across the Tarim the bounding range becomes the Altyn-Tagh and the Kunluns, by convention, continue somewhat to the south. In the ‘V’ formed by this split is the western part of the Qaidam Basin. The Altyn-Tagh ends near the Dangjin pass on the Dunhuang-Golmud road. To the west are short ranges called the Danghe, Yema, Shule and Tulai Nanshans. The eastenmost range is the Qilian Mountains. The line of mountains continues east of the plateau as the Qin Mountains which separate the Ordos Region from Sichuan. North of the mountains runs the Gansu or Hexi Corridor which was the main silk-road route from China proper to the west.

The plateau is a high-altitude arid steppe interspersed with mountain ranges and large brackish lakes. Annual precipitation ranges from 100 to 300 millimetres (3.9 to 12 in) and falls mainly as hailstorms. The southern and eastern edges of the steppe have grasslands which can sustainably support populations of nomadic herdsmen, although frost occurs for six months of the year. Permafrost occurs over extensive parts of the plateau. Proceeding to the north and northwest, the plateau becomes progressively higher, colder and drier, until reaching the remote Changthang region in the northwestern part of the plateau. Here the average altitude exceeds 5,000 metres (16,000 ft) and winter temperatures can drop to −40 °C (−40.0 °F). As a result of this extremely inhospitable environment, the Changthang region (together with the adjoining Kekexili region) is the least populous region in Asia, and the third least populous area in the world after Antarctica and northern Greenland.