Just seconds before the actual sunrise….

Sunrise over Qinghai Lake, the absence of a direct source of light creates a surreal effect 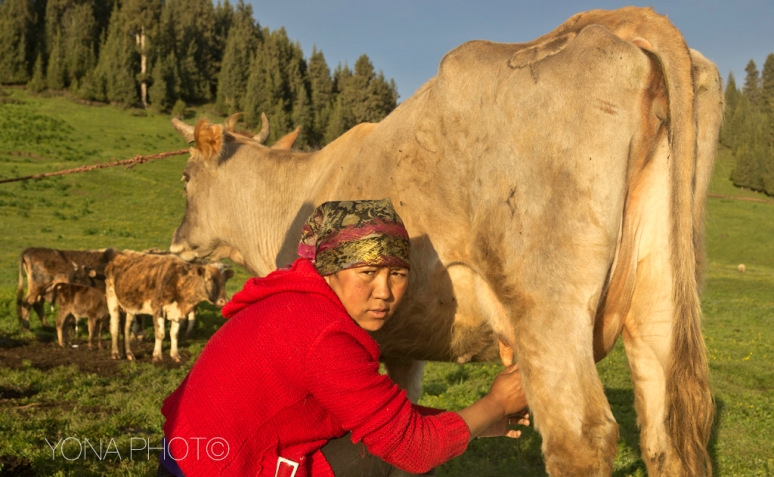 A Kazakh woman milks the cow in the soft morning sunlight 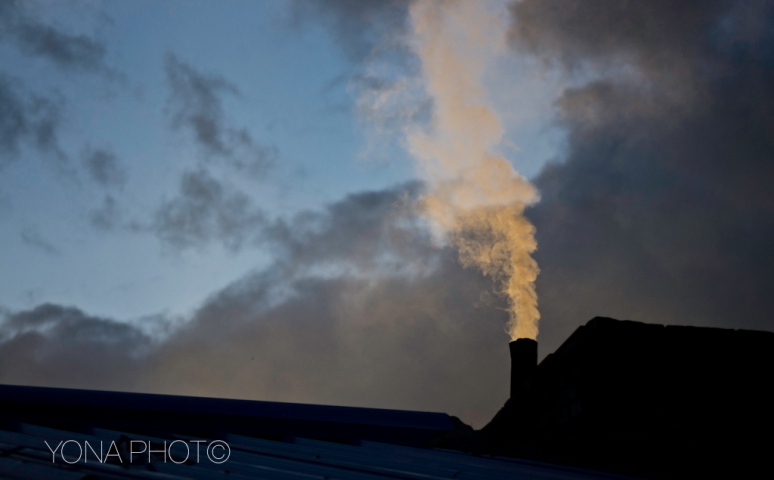 The golden color of the sun reflects off the chimney smoke during the sunset in MenYuan county, Xinjiang Province

The Golden Hour of photography

In photography, the golden hour (sometimes known as magic hour, especially in cinematography) is the first and last hour of sunlight during the day, when a specific photographic effect is achieved due to the quality of the light.

Typically, lighting is softer (more diffuse) and warmer in hue. Shadows are relatively non-existent if the sun is below the horizon. When the sun is near or below the horizon, sunlight travels through more of the atmosphere, reducing the intensity of the direct light, so that more of the illumination comes from indirect light from the sky (Thomas, 1973), reducing the lighting ratio. Also, more blue light is scattered, so if the sun is present, its light appears more reddish. In addition, the sun’s small angle with the horizon produces longer shadows.

Back to the term, “Hour” is used here quite loosely. The character of the lighting is determined by the sun’s altitude, and the time for the sun to move from the horizon to a specified altitude depends on a location’s latitude and the time of year (Bermingham, 2003). For a location sufficiently far from the equator, the sun may not reach an altitude of 10°, and the golden hour lasts for the entire day in certain seasons.

In the middle of the day, the bright overhead sun can create too-bright highlights and dark shadows. The degree to which overexposure can occur varies because different types of film and digital cameras have different dynamic ranges. This harsh-lighting problem is particularly important in portrait photography, where a fill flash is often necessary to balance lighting across the subject’s face or body, filling in strong shadows that are usually considered undesirable.

Because the contrast is less during the golden hour, shadows are less dark, and highlights are less likely to be overexposed. In landscape photography, the warm color of the low sun is often considered desirable to enhance the colours of the scene.