At the base in Tarim Basin, Danxia Landformations reveal its red rocks.

Oasis’ can be found along the Karakoram Highway (although not at higher altitudes), where vegetation allows for small villages to harvest food

A man preparing his house for the winter, in the Tajikh Autonomous Region in the south west of Xinjiang.

Lakes of melting water are formed at high altitudes (4000M+), as the soil is incapable of retaining the water, deserts like sceneries emerge on mountain tops.

Muztagh Ata, or Muztagata is the second highest (7546 metres) of the mountains which form the northern edge of the Tibetan Plateau. 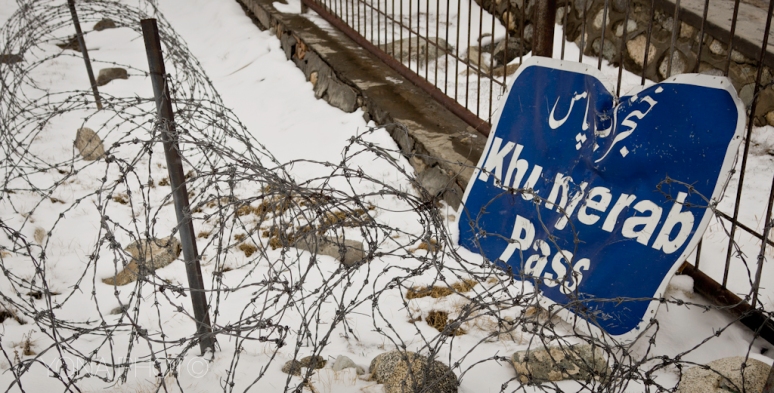 At the Sino-Pakistani border, military posts of both nations guard the gates and tresspassing seems impossible

The long road to the Khunjerab Pass along the Karakoram Highway

Khunjerab Pass (elevation 4,693 metres or 15,397 feet) is a high mountain pass in the Karakoram Mountains in a strategic position on the northern border of Pakistan’s Gilgit–Baltistan region within the region of Kashmir and on the southwest border of the Xinjiang region of China. Its name is derived from Wakhi ‘Khun’ means Home and ‘Jerav’ means spring water/water falling.

The Karakoram Highway, also known as the Friendship Highway in China, was built by the governments of Pakistan and China, it was started in 1959 and was completed in 1979 (open to the public since 1986) about 810 Pakistanis and about 200 Chinese workers lost their lives, mostly in landslides and falls, while building the highway. The route of the KKH traces one of the many paths of the ancient Silk Road.

The highway cuts through the collision zone between the Eurasian and Indian plates, where China, Tajikistan, Afghanistan and Pakistan come within 250 km of each other. Owing largely to the extremely sensitive state of the Kashmir conflict between India and Pakistan, the Karakoram highway has strategic and military importance.

China and Pakistan are also planning to link the Karakoram Highway to the southern port of Gwadar in Balochistan through the Chinese-aided Gwadar-Dalbandin railway, which extends up to Rawalpindi.

Karakoram Highway provides the pathway to expeditions for almost all peaks in Gilgit–Baltistan, Kashmir and several peaks in Xinjiang, China. The region includes some of the world’s largest glaciers like the Baltoro Glacier. Five of the Eight-thousanders (mountains taller than 8,000m) of the world that are in Pakistan are accessible by the highway.