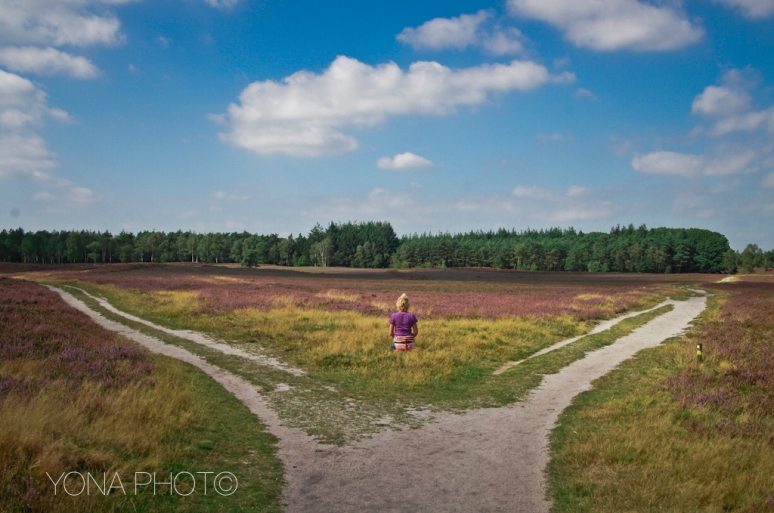 Heath is known for its vegetation of small bushes and purple flowers called ‘Callune Vulgaris’. It is found in western Europe, due to its sea climate and acidic soils.

Heather is an important food source for various sheep and deer which can graze the tips of the plants when snow covers low-growing vegetation.

Heather honey is a highly valued product in moorland and heathland areas, with many beehives being moved there in late summer.

Marshes appear when the land dips below a certain level. In The Netherlands, heathland is often mixed up with moorland and pine vegetation

Anthropogenic (man mande) heaths habitats are a cultural landscape that can be found worldwide in locations as diverse as northern and Western Europe, the Americas, Australia, New Zealand, Madagascar and New Guinea.

The Dutch heaths were originally created or expanded centuries ago, by human clearance of the natural forest and woodland vegetation, and grazing and burning. In some cases this clearance went so far that parts of the heathland have given way to open spots of pure sand and sand dunes, with a very local desert climate that, even in Europe, can create local temperatures of 50 degrees Celsius in summer, drying the sand spot bordering the heathland and further raising its vulnerability for wildfires.  Heaths are clearly the product of human activities and need to be managed as heathland; if neglected they turn into woodland.

In recent years the conservation value of even these man-made heaths has become much more appreciated, and consequently most heathlands are protected. However they are also threatened by tree incursion because of the discontinuation of traditional management techniques such as grazing and burning that mediated the landscapes. Some are also threatened by urban sprawl. Anthropogenic heathlands are maintained artificially by a combination of grazing and periodic burning (known as Swailing), or mowing; if not so maintained, they are rapidly re-colonised by forest or woodland. The re-colonising tree species will depend on what is available as the local seed source, and thus it may not reflect the natural vegetation before the heathland became established.