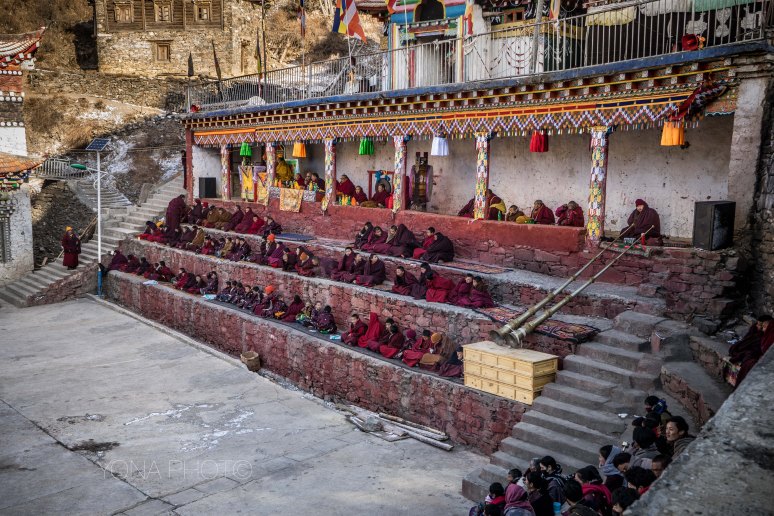 Masked Dancers entertain the crowds – with loud music coming from the speakers. 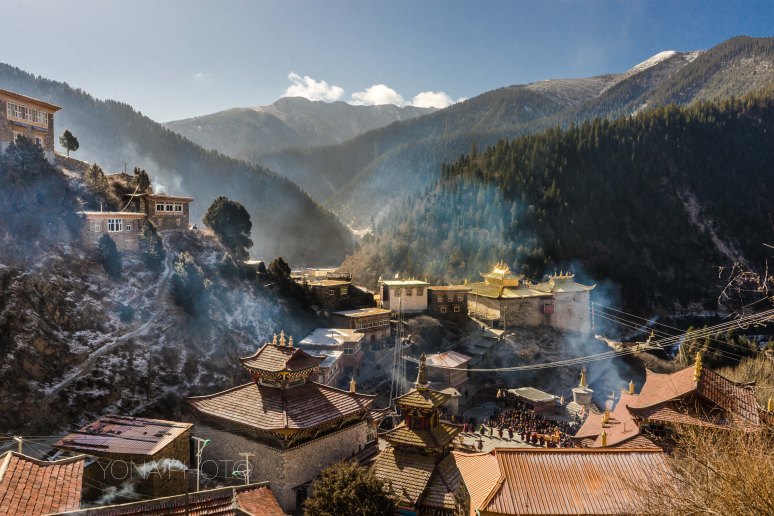 Throwing paper Tibetan praying flags into the wind is one of the most popular ritual activities among Tibetans, and is performed to increase well-being or good luck. 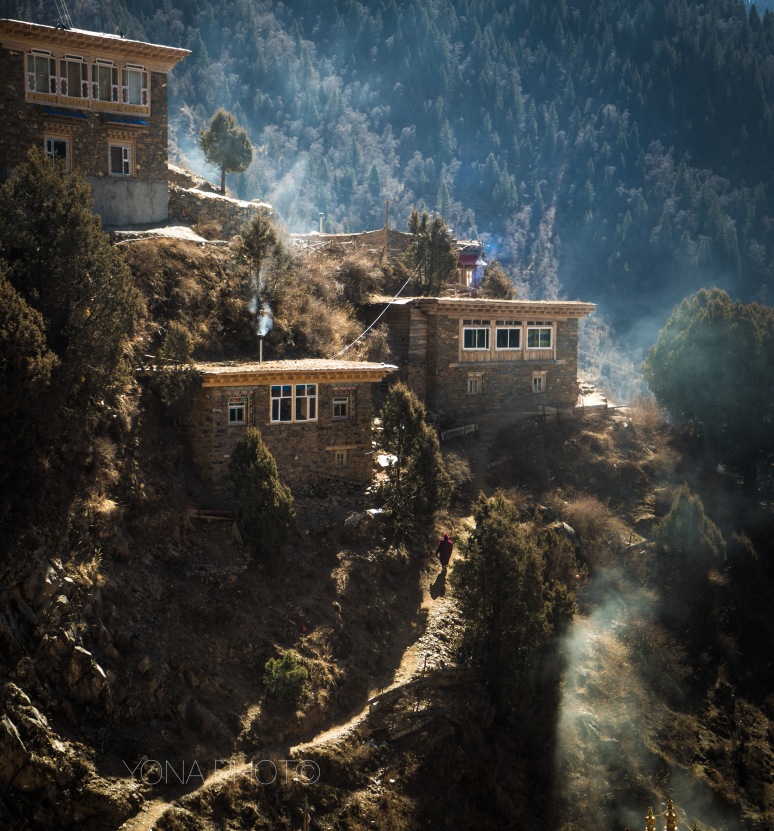 Padmasambhava (lit. “Lotus-Born”), also known as Guru Rinpoche, was an 8th-century Indian Buddhist master. Although there was a historical Padmasambhava, nothing is known of him apart from helping the construction of the first Buddhist monastery in Tibet at Samye, and shortly thereafter leaving Tibet due to court intrigues.

A number of legends have grown around Padmasambhava’s life and deeds, and he is widely venerated as a ‘second Buddha’ across Tibet, Nepal, Bhutan, and the Himalayan states of India.

Padmasambhava is said to have taken eight forms or manifestations (Tib. Guru Tsen Gye) representing different aspects of his being, such as wrath or pacification for example. According to Rigpa Shedra the eight principal forms were assumed by Guru Rinpoche at different points in his life. The Eight Manifestations of Padmasambhava belong to the tradition of the Revealed Treasures (Tib.: ter ma).