Movie night at the central square 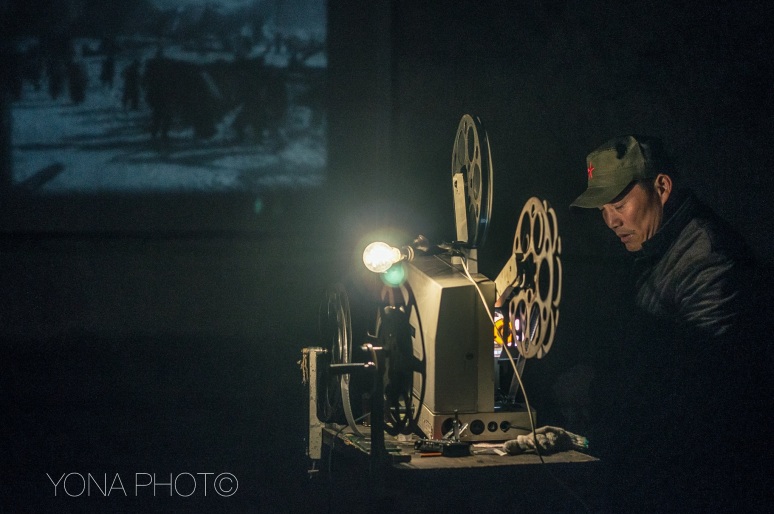 The history of moving pictures started around the 19th century

The first films to consist of more than one shot appeared toward the end of the 19th century. These weren’t represented as a continuous film, the separate scenes were interspersed with lantern slides, a lecture, and live choral numbers, to increase the running time of the spectacle to about 90 minutes. Another example of this is the reproductions of scenes from the Greco-Turkish war, made by Georges Méliès in 1897. Although each scene was sold separately, they were shown one after the other by the exhibitors. Even Méliès’ Cendrillon (Cinderella) of 1898 contained no action moving from one shot to the next one. To understand what was going on in the film the audience had to know their stories beforehand, or be told them by a presenter.

Real film continuity, involving action moving from one sequence into another, is attributed to British film pioneer Robert W. Paul’s Come Along, Do!, made in 1898 and one of the first films to feature more than one shot. In the first shot, an elderly couple is outside an art exhibition having lunch and then follow other people inside through the door. The second shot shows what they do inside. Paul’s ‘Cinematograph Camera No. 1’ of 1896 was the first camera to feature reverse-cranking, which allowed the same film footage to be exposed several times and thereby to create super-positions and multiple exposures. This technique was first used in his 1901 film Scrooge, or, Marley’s Ghost.

The further development of action continuity in multi-shot films continued in 1899 at the Brighton School in England. In the latter part of that year, George Albert Smith made The Kiss in the Tunnel. This started with a shot from a “phantom ride” at the point at which the train goes into a tunnel, and continued with the action on a set representing the interior of a railway carriage, where a man steals a kiss from a woman, and then cuts back to the phantom ride shot when the train comes out of the tunnel. A month later, the Bamforth company in Yorkshire made a restaged version of this film under the same title, and in this case they filmed shots of a train entering and leaving a tunnel from beside the tracks, which they joined before and after their version of the kiss inside the train compartment.

In 1900, continuity of action across successive shots was definitively established by George Albert Smith and James Williamson, who also worked in Brighton. In that year Smith made Seen Through the Telescope, in which the main shot shows street scene with a young man tying the shoelace and then caressing the foot of his girlfriend, while an old man observes this through a telescope. There is then a cut to close shot of the hands on the girl’s foot shown inside a black circular mask, and then a cut back to the continuation of the original scene. Even more remarkable is James Williamson’s Attack on a China Mission Station (1900). The first shot shows Chinese Boxer rebels at the gate; it then cuts to the missionary family in the garden, where a fight ensues. The wife signals to British sailors from the balcony, who come and rescue them. The film also used the first “reverse angle” cut in film history.

G.A Smith pioneered the use of the close-up shot in his 1900 films As Seen Through a Telescope and Grandma’s Reading Glass. He further developed the ideas of breaking a scene shot in one place into a series of shots taken from different camera positions over the next couple of years, starting with The Little Doctors of 1901. In a series of films he produced at this time, he also introduced the use of subjective and objective point-of-view shots, the creation of dream-time and the use of reversing. He summed up his work in Mary Jane’s Mishap of 1903, with repeated cuts in to a close shot of a housemaid fooling around, along with superimpositions and other devices, before abandoning film-making to invent the Kinemacolor system of colour cinematography.

The Pathé company in France also made imitations and variations of Smith and Williamson’s films from 1902 onwards using cuts between the shots, which helped to standardize the basics of film construction. An influential French film of the period was Méliès’s 14 minute long A Trip to the Moon. It was extremely popular at the time of its release, and is the best-known of the hundreds of films made by Méliès. It was one of the first known science fiction films, and used innovative animation and special effects, including the well-known image of the spaceship landing in the Moon’s eye. The sheer volume of Pathé’s production led to their filmmakers giving a further precision and polish to the details of film continuity.

The first successful permanent theatre showing only films was “The Nickelodeon”, which was opened in Pittsburgh in 1905. By then there were enough films several minutes long available to fill a programme running for at least half an hour, and which could be changed weekly when the local audience became bored with it. Other exhibitors in the United States quickly followed suit, and within a couple of years there were thousands of these nickelodeons in operation. The American experience led to a worldwide boom in the production and exhibition of films from 1906 onwards.

By 1907 purpose-built cinemas for motion pictures were being opened across the United States, Britain and France. The films were often shown with the accompaniment of music provided by a pianist, though there could be more musicians. There were also a very few larger cinemas in some of the biggest cities. Initially, the majority of films in the programmes were Pathé films, but this changed fairly quickly as the American companies cranked up production. The programme was made up of just a few films, and the show lasted around 30 minutes. The reel of film, of maximum length 1,000 feet (300 m), which usually contained one individual film, became the standard unit of film production and exhibition in this period. The programme was changed twice or more a week, but went up to five changes of programme a week after a couple of years. In general, cinemas were set up in the established entertainment districts of the cities. In 1907, Pathé began renting their films to cinemas through film exchanges rather than selling the films outright.

By about 1910, actors began to receive screen credit for their roles, and the way to the creation of film stars was opened. Films were increasingly longer, and began to feature proper plots and development.

The litigation over patents between all the major American film-making companies led to the formation of a trust to control the American film business, with each company in the trust being allocated production quotas (two reels a week for the biggest ones, one reel a week for the smaller). However, although 6,000 exhibitors signed up to the trust, about 2,000 others did not and began to fund new film producing companies. By 1912 the independents had nearly half of the market and the government defeated the trust by initiating anti-trust action at the same time.

Up to 1913, most American film production was still carried out around New York, but due to the monopoly of the Edison Company’s film patents and its litigous attempts to preserve it, many filmmakers moved to Southern California, starting with Selig in 1909. The sunshine and scenery was important for the production of Westerns, which came to form a major American film genre with the first cowboy stars, G.M. Anderson (“Broncho Billy”) and Tom Mix. Selig pioneered the use of (fairly) wild animals from a zoo for a series of exotic adventures, with the actors being menaced or saved by the animals. Kalem Company sent film crews to places in America and abroad to film stories in the actual places they were supposed to have happened. Kalem also pioneered the female action heroine from 1912, with Ruth Roland playing starring roles in their Westerns.

In France, Pathé retained its dominant position, followed still by Gaumont, and then other new companies that appeared to cater to the film boom. A film company with a different approach was Film d’Art. This was set up at the beginning of 1908 to make films of a serious artistic nature. Their declared programme was to make films using only the best dramatists, artists and actors. The first of these was L’Assassinat du Duc de Guise (The Assassination of the Duc de Guise), a historical subject set in the court of Henri III. This film used leading actors from the Comédie-Française, and had a special accompanying score written by Camille Saint-Saëns. The other French majors followed suit, and this wave gave rise to the English-language description of films with artistic pretensions aimed at a sophisticated audience as “art films”. By 1910, the French film companies were starting to make films as long as two, or even three reels, though most were still one reel long. This trend was followed in Italy, Denmark, and Sweden.

3 thoughts on “Movie night at the central square”